Should Yoga Teachers Use Sanskrit? 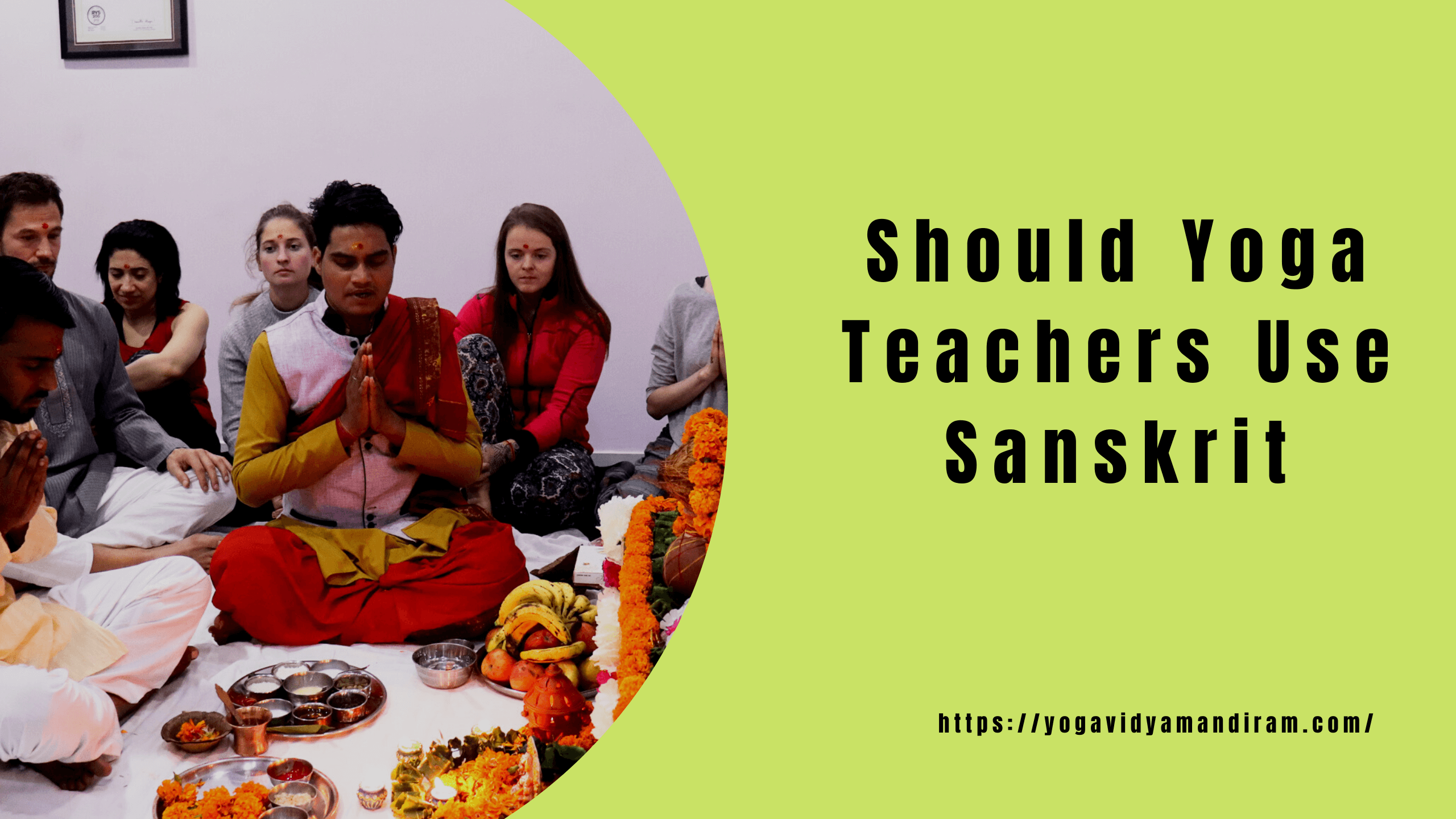 In Yoga Teachers Use Sanskrit

Should Yoga Teachers Use Sanskrit?

Sanskrit is a very old language, and was used by the yogis ages back. Moreover, it is in Sanskrit, that many old yogic texts were written. So, has yoga being derived from Sanskrit? And, if you somehow come to know, that the answer is ‘Yes’, what would you do? So, you would definitely try to unearth more possibilities and delves into unanswered questions. Tracing it back, to where it all began, Yoga has been derived from the Sanskrit word, ‘Yuj.’ So, it is but inevitable that you, as a yoga teacher use Sanskrit, while teaching it.

It adds a lot of credibility to your profile, as well. However, you have to ensure that you know the proper pronunciations of the words. They are connected to asanas, pranayama, kriyas, bandhas, mudras, and so many other aspects of yoga. Some teachers use both Sanskrit and English, as students learn Yoga from across the globe. You should know about a few, oft-repeated words.

These are a few examples, and just a few drops from the vast ocean of Sanskrit terms used in yogic practice. There are no hard and fast rules, that dictate that you have to use Sanskrit, while teaching yoga, but there may be exceptions. If you want to delve deeper into the practice, you should definitely use it.

Reasons to Use Sanskrit

Thus, the knowledge of Sanskrit makes you an all-rounder. It also elevates your position as a yoga teacher.

But there are still some instances, when you may skip using it. Consider the situation, when you are teaching a bunch of English natives, yoga for the first time. Initially, if you start bombarding them, with Sanskrit words, they will simply get confused. Moreover, they might stop attending your classes, too. You should give them some time, to adjust.

Additionally, while instructing your students, it is best to use your working language. It will help you to get the instructions right.

Thus, you have to use your common sense, when to use, and when not to use Sanskrit. It will help you to take both yours and your student’s yoga practice, to another level altogether. It will also help you bridge the initial gap, with beginners and new students.